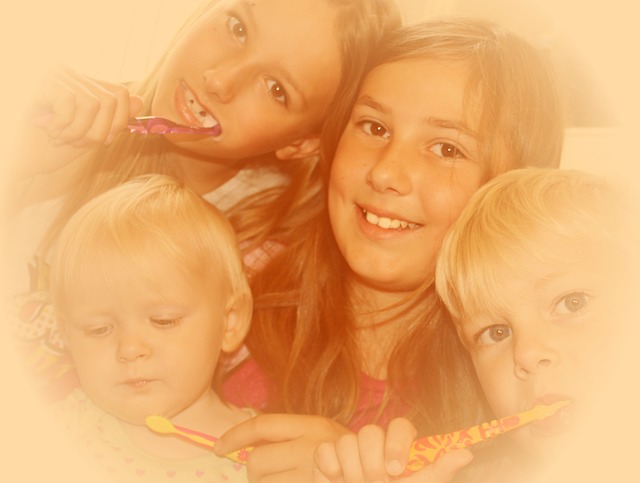 In this article, Jameth Sheridan shares on challenges like vitamin deficiencies and dental health and offers solutions as well. Jameth Sheridan is the co-author of Uncooking with Jameth and Kim and the co-founder of the superfoods company HealthForce Nutritionals.

Kevin: You mentioned teeth issues. We really haven’t talked about teeth issues with anyone from this program. And some people on a raw diet do experience hot and cold sensitivity, and is that the sign of teeth starting to rot? What’s happening there?

Jameth: Yes it can be, and many a raw fooder has had dental problems, it’s actually the group that has the most dental problems in my experience, and especially in the years past, because there’s more awareness of that, has been raw fooders, which is ironic. The worst dental health I’ve seen is in raw fooders.

Jameth: Now when I was mostly a fruitarian, I had a few cavities when I was a kid, I think four, and when I was mostly fruitarian, my teeth started rotting out of my mouth. I got many, many cavities, and that was during that similar time of athletics when I was eating so much sugar. Now, someone would say, “Well, I’m eating this raw food, vital, healthy, magnificent fruit,” and I’m not at all an anti-fruit person, but by no means do I recommend fruitarianism either.

Jameth: I was eating more sugar then I was when I was a regular junk food kid at Halloween and so forth. A regular person, if they eat junk foods and sugars, they’ll have a candy bar here, there, maybe once a day, something like that, maybe twice a day. So, two times a day you have sugar passing by your teeth. When you’re a raw fooder and eating lots of fruit, you are having sugar pass by your teeth a dozen times a day. I’ll have a piece of fruit now. Have a piece of fruit later. And, fruit’s so low calorie, you actually have more contact time with sugar on your teeth. And, it’s ironic that a regular candy bar has a very limited ability to feed your cells because it’s white sugar, it’s preservatives, there’s very little nutrients in it, it’s just absolute crap , and you cannot sustain cellular life very well whatsoever. And, the bacteria that live under your gums, when they get a candy bar, they can grow from that. But, they can’t grow nearly as well as they can from fruit sugar because fruit sugar is live, it’s vital, it has enzymes, it has life force. The water in fruits and vegetables is a low surface tension structured water which feeds our cells phenomenally better than a candy bar. That’s one of the reasons raw foods and whole foods are so good for us. Bacteria under your teeth thrive on fruit sugar like nothing else because it’s more vital for them, too. And, they get stronger.

Kevin: Right. Vital for us and them.

Jameth: They grow like crazy because it’s a better source of food for them and they’re getting it constantly. So, you’re more likely, actually, to have dental problems if you’re eating lots of fruit versus if you’re eating a lesser quantity of refined processed foods.

Jameth: Not that I’m recommending that.

Jameth: Now dates, for example, for your gums, are the worst of all possible worlds because dates are vital, they’re live, but they’re also gooey so they stick on your teeth.

Jameth: Dates and dried fruits would apply to that. And the answer to that is don’t eat that much fruit because there’s another component I want to talk about in a minute. And also, make sure your dental hygiene is supreme. Because dental health and just having things go wrong with your teeth is clearly associated with having things go wrong with other organs and systems in the body stemming from the teeth as a source. You don’t want to have rotten teeth in your mouth. You’ve got to get that addressed. And, because I’ve had some serious dental issues in the past coming from largely fruitarian diets, I floss twice a day, brush twice a day, I floss sometimes more than twice a day, never let anything get stuck in my teeth, and I have a healthy essential oil type mouthwash that I usually use in rinse after I have things with sugar or other things. And, that’s prevented any further dental decay.

Kevin: Really? And, what kind of mouthwash is it?

Jameth: Right now, I tend to use one from Eco-Dent. It’s just an organic essential oil-based mouthwash, something healthy without sodium, lauryl sulfate or any preservatives. There’s other ones out there, I’m sure.

Another thing that happens with people when they eat a lot of fruit is fruit is high in antioxidants, it’s high in vitamins, it’s high in a lot of magnificent things. And actually, I think that people that say that they eat no fruit, they’re throwing the baby out with the bath water. I don’t think that’s healthy. And, we can talk more about that later. But, fruit is extremely low in minerals. That’s just not what fruit contributes to your body, to your diet. That’s not what it’s there for. It just genetically can’t have a lot of minerals in it. Two and three percent, sometimes four percent, whereas the average vegetable might have ten percent. The average superfood vegetable like nettles has about twenty percent minerals. Dramatically different. Even spirulina has about ten percent minerals. Fruit is just really low. When you have that much sugar and that little minerals, it actually starts to de-mineralize your teeth and your bones. And sometimes people’s teeth can

become sensitive just from that alone, and they can start to become transparent, too.

Jameth: And, that’s not a healthy situation to have. I’ve actually never met a long term fruitarian who is healthy or who didn’t cheat.

Jameth: That’s my experience. After 22 years of being in raw, I’ve never seen that. And there’s some famous fruitarian emphasis types speaking today who aren’t telling people everything they do.

Jameth: I see B-12 being rampant in people who are fruitarian. If someone is a fruitarian, I recommend they don’t be, but if they are, they’ve absolutely got to take a B-12 supplement. I’ve seen so many fruitarians be B-12 deficient. And then, I’ve talked to a few of them and said, “Listen, let’s get you on some superfoods with probiotics, and grasses, and spirulina,” combinations of which have been proven to raise people’s B-12 levels without taking a B-12 supplement.

Jameth: What I’ve almost invariably heard from them is “Hey, that’s a little bit outside of my box. I don’t think that’s really natural.. I don’t think I can do that.” But, they go ahead and take a supplement or take injectable B-12, and I’m thinking, that isn’t outside your box? That’s not unnatural?

Kevin: Really? Plant based, or no?

Kevin: But, with probiotics?

Jameth: With probiotics in them. Now, I don’t know is it the spiraling or the chlorella or some of the other things in the superfood that I’m talking about, or it is the probiotics in there because probiotics make B-12 on their own. Or, is it the combination of all of them because I haven’t dissected the 30 different ingredients and just given to someone in a clinical trial.

Jameth: But I know the totality of it does it. B-12 is somewhat of an important issue because it can just ruin someone’s health. Everything else in their health can be great , and if their B-12 is deficient, they start to get weak, they can start to get numbness and tingling, they can start to have brain and mental disorders. And, approximately 40% of the average human population in America, 40% of the average Americans are B-12 deficient on a meat-eating diet, on a carnivorous diet. This is not a vegan or a raw issue. If you’re fruitarian, it definitely is magnified tremendously. So, if someone has to take a B-12 supplement, it doesn’t mean that their life or their lifestyle is failing, it just means that they’re taking care of their need, they’re doing what they need to be healthy.

And, the reason that I got into raw, and the reason that pretty much everybody gets into raw, is to be healthy. So, if something’s not healthy, then you shouldn’t do it. And, getting stuck in the philosophy or the various philosophies of raw can get people into trouble.