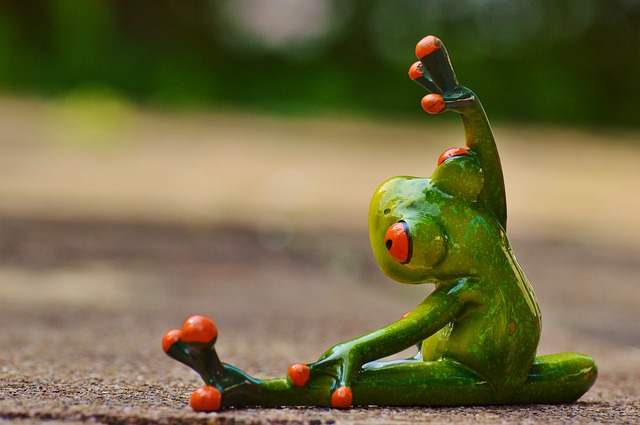 Make Six Figures as a Personal Trainer and Have a Life

How much do top-of-the-line personal trainers make? Well, when I compare what I make as a personal trainer to the millions so many people on the Internet claim to be earning in the fitness industry, it feels like chump change. For example, I got a hard-sell automated e-mail message from a fitness marketer a while back, in which he claimed he’s a millionaire and that one of his friends is earning more than 150k–a month. I don’t make much more than that a year as a personal trainer so I know that such “success stories” can make you feel as though you’re heading down the wrong career path. So why pursue top-level training? Why should someone want to be a personal trainer and earn just 100K? Well the answer has nothing to do with money.

Don’t get me wrong; income’s important, but there are other things to consider, such as:

– How many hours do you work?

– Do you enjoy your job?

– Where are you headed, professionally?

– Are you the kind of person you want to be?

– Does your work fulfill or bore you?

These are the factors to weigh when deciding how much importance to place on how much you earn because they’re what being a top-level trainer is about. It has nothing to do with the income, because when you take all the factors into account, what this profession offers you is way more than just what the 100K represents.

Not that anything’s wrong with earning six-figures…After all, a $100,000 income has a certain cache and significance in America.

It signifies membership into the consumer society. You can now participate in and enjoy what people call the American dream and way of life. When you stop to think about it, our entire consumer society and marketing is devoted to these six figure earners. For example:

– You can afford payments on a Mercedes Benz.

– You can save enough to buy a home.

– You can afford to build a high-fashion wardrobe.

– You can take vacations to places to domestic resorts and abroad.

– You can afford to put away about 10% of your income each year.

Is all this superficial? Yeah, but if you can’t have or do these things, you’re going to feel left out, as though you’re one of the un-cool kids that can’t get into the party. But, consider the price of admission to that party. We get to feeling it’ll take millions of dollars to live a comfortable and appealing lifestyle. So, we wind up working for years

on end and sacrificing the best years of over lives and countless other things to get the kind of lives we want but wind up squandering much of them in that pursuit. We fail to realize is that just a simple plan to six figures in earnings would have got us there! I remember when I first reached this level of earnings. There’s a certain sense of entitlement that comes with it – as though the curtain’s been pulled back and a new world has been made available to you.

Keep in mind that less than 10% of people in our society earn 100K. When you consider the type of work personal training involves, and the fact that training rates are so high, I think it’s got to be the best and simplest career to earn a six-figure salary. By simple, I mean you can earn it just from training clients. You don’t have to sell e-books, vitamins, books or balance boards, record videos or open a tiny training studio. You can do it by training lucrative clients–period.

If you’re not earning that much as a trainer yet, you’re probably not thinking about what you do correctly. I don’t know where or when being a personal trainer got a bad rap in the fitness industry, but I think the reason is because it’s typically been associated with the major health club setting, not independent trainers who want to create a stable practice. That’s why you hear a lot of people who get into fitness for some reason speak disparagingly about training. They want to skip the step of being a personal trainer. They’re the ones who want to have a sports gym or be a strength coach for a major sports team.

There’s nothing wrong with that; getting to a top position in this field is a great goal And, being a top-level trainer can give you those opportunities. It becomes very easy to shape your future when you’re earning 75-100K in about 25 hours a week. Even if you’re a college student working towards your Sports Science degree, earning a good income in this field will shoot your career curve straight up. After all, what makes more sense to you? Working a part-time job doing some unrelated task while you’re in school, or already succeeding in the field you’re studying for? And keep in mind, you can apply everything you’re learning in school to your clients

The top level trainer lifestyle has given me the time to do and learn things that I never would’ve been able to do otherwise. Professionally, I learned to become an effective writer, have made lots of lucrative connections, written for the major training magazines, and speak at the major conferences. Personally, it’s given me the type of high-profile lifestyle that I thought was only reserved for drug dealers or trust-fund brats. Another group that knocks the six-figure salary are the trainers out there who think they’re earning it already. But when we’re talking about six-figures, there’s a lot we’re not talking about. I don’t mean that you:

– made 150K in sales in your training department last year, of which you only kept a small commission.

– worked 60 hours training children and old ladies (not that there’s anything wrong with that but it’s not for everybody).

– you “own” a gym. I earn more than any of the private gym owners I’ve ever met. They all had business partners so were only minority owners in their gyms, and had tons of expenses and worked at least 60 hours per week. They didn’t own the gym, the gym owned them.

What’s more, I don’t care that you own a training facility, because after you paid all of your employees, expenses, and advertising expenses, you’re very lucky and smart if you took home more than 100K–and, again, you probably work a lot of long hours to do it. No, when I say six figures, I really mean six-figures in take-home pay. How’s that possible? It’s because in our economy, the government loves entrepreneurs. They’re the people that make the whole economy possible in the first place.

Remember, when you’re a personal trainer, you are technically a small business, even if you don’t have any employees or have just 10 regular customers. If you form an S-corp as a small business person, you can declare a lot of your expenses as tax-deductible. And the tax documents for S-Corps are not highly scrutinized – that’s the advantage of living in a capitalist country. America loves and cultivates entrepreneurs.

There are other bennies to consider, such as the fitness lifestyle. Did you know that most fitness conferences are held in Vegas and Miami? This means that your hotel, airfare, and admission to the event are all tax deductible, as are your training certifications, gym memberships, and exercise classes. So, how do you get to that six-figure salary? It all boils down to just two things: conducting expensive training sessions, and finding and keeping about a dozen clients who can afford to pay for them. It really is that simple.

The ball’s in your court. Chase it.