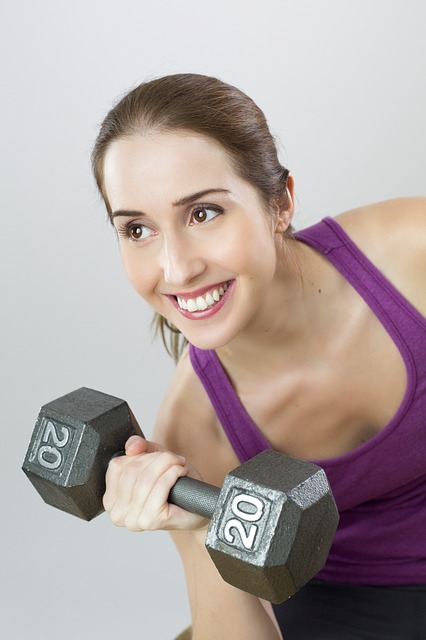 research supported, cardiovascular fitness machines are now available on the market. Elliptical cross trainers offer a truly beneficial yet low impact workout. They really are the fitness machine that gives that sought after total body workout.

La Crosse, a research team at the University of Wisconsin, conducted a comparison of a treadmill to an elliptical cross trainer, the NordicTrak Ellipse. Special attention was directed toward the low impact, elliptical motion of the cross trainer in contrast to the high impact walking or running required on the treadmill.

Their research demonstrated the impact level on the cross trainer minimally registered as regular walking. However, running on a treadmill was clearly the top ranking high impact workout most liable to result in pain in the knees, as well as joints. Over a period of time this would lead to joint, bone, and muscles injury, perhaps permanently. Both fitness machines were equal in the intensity of their respective workouts. There were no noteworthy differences between the two concerning calories burned, heart rate, or respiratory rate.

A more recent study was requested by the American Council on Exercise (ACE) to look closely at, and correlate the various attributes and advantages of four different elliptical cross trainers. This study, guided by Dr. Len Kravitz, was supervised at the University of Mississippi.

The four cross trainers selected for meticulous testing along with the manufacturers name and purchase price, from lowest to highest, are as follows:

The research team, supervised by Dr. Kravitz, selected seven men and seven women for a total of 14 participants to use the machines for an intense workout to test whether the machines worked differently for males or females, and to compare the calories burned, the stride rate, heart rate, and respiratory rate. All four cross trainers maintained corresponding test results. The perceived exertion ratings varied from 12.5 – 13 confirming the elliptical workouts were challenging yet comfortable . The research team also confirmed that both men and women received intense workouts and the calories burned was proportionate to that of running an 11.5 minute mile.

A survey was also conducted by the research team to gather informative responses from the 14 participants. After compiling their responses, they rated the cross trainers from the most to the least preferred. The most preferred elliptical trainer was NordicTrak’s Ellipse. The least preferred was Quantum Television’s Cyclone, with the other two, the Health Rider then the Power Train being in that order. Five women complained f hitting their knees on the center guard panel on the Cyclone, causing a disruption in stride. After approximately one hour of usage, the Health Rider’s noise level elevated drastically due to low quality parts. Some issues have recently been addressed by the Consumer Reports magazine, concerning the stability of the Ellipse. It is evidently clear that the study requested by ACE proved the Ellipse to be a reliable and beneficial addition to your workout regimen.

Dr. Kravitz made statements alluding that the Cyclone and the Power Train appeared to have been manufactured low quality to manage a competitive price. Th Health Rider received good ratings considering it was made available before the final product had been fully tested. The elliptical motion was fluid and it performed well. In comparison to the other cross trainers, the Ellipse is, by far, more durable with near effortless movement.

Both universities have substantiated NordicTrak’s Ellipse to be highly effective for an excellent cardiovascular workout. Keeping all of this in mind, you may want to compile your own research before you decide on whether an elliptical cross trainer will be productive for you.