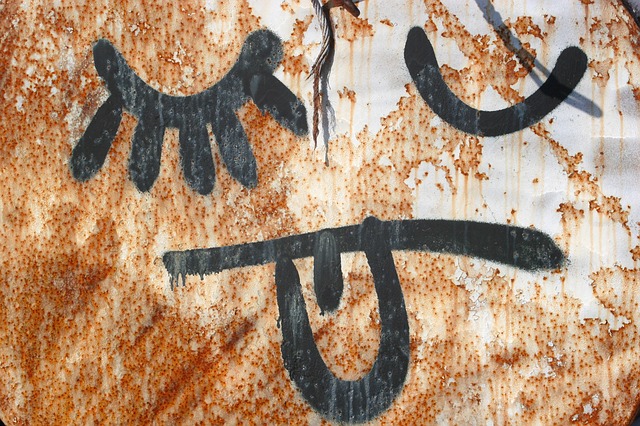 My winter of skiing mid-week with my Seniors ski pass came to a halt when I made a careless move at the top of the highest run. I went down hard on my hip on the frozen surface at the top of the Mt. Lincoln at Sugar Bowl, my favorite ski resort near Lake Tahoe, CA. Sliding downhill headfirst, I grabbed my right ski to flop myself over to get my skis downhill. I gently experimented with what would move and what wouldn’t. I asked my ski buddy, Harold, to get the ski patrol and tell them I need help.

The ski patrol arrived and checked me out – “what day is it, what’s your name, did you hit your head, where do you hurt”, and so on. I told them I could not move, and that my right hip and leg hurt.

What skill and courage those guys have! My location was quite steep, and there wasn’t enough loose snow to plant a pole, much less get a foothold to load me into the sled litter. But they did it, and I kept my leg and hip in place. They strapped me in, covered me up, and away we went. My ski buddy later told me he couldn’t keep up with us. What a ride that was!

Shivering and shaking, I was admitted into the resort clinic and onto a bed. Because it was mid-week, and they didn’t have a doctor present, they couldn’t take an x-ray to define my injury. I could not put weight on the leg, and I didn’t want to move it. They loaded me up in my SUV, and Harold drove me down to Truckee to the hospital.

I was admitted through Emergency. More questions. “No, I don’t have any insurance.” I hoped for a strained muscle, and low cost. The x-ray was inconclusive, so they did a CT scan and confirmed that I had fractured the neck of my right femur – the place where the leg bone joins the pelvic bone. The doctor told me there is no alternative; I must have it repaired immediately. This is the point where I broke down and hid my face in my hands.

“Is there any alternative, Doctor?,” I asked, just in case.

“No. You need surgery tonight,” he replied.

About six hours after the fall I was prepped for surgery. I was told it would take about twenty minutes, and could choose to be awake with a spinal block, or have general anesthesia. I woke up and they were done, cleaning up, sending me out of OR to a room for the night. I was happy to have it finished.

Post-op patients receive the best nursing care. In this case it meant lots of attention from a young, handsome male nurse, lots of company from staff. As many blankets as I wanted. More pain meds. Super! Then the day nurse came on. That was a different story. It was time to get off my duff and start walking. The occupational therapist came, the physical therapist came. Time to get out of bed.

The pain meds made me nauseated when I got up. They brought crutches and made sure they were the right height. The occupational therapist helped me hobble over to the toilet, so I thought I was doing just fine. She tried to get me to take a shower, but I wasn’t interested. I just wanted to lay down and sleep again. I didn’t realize these were little “life skills” tests that one needs to accomplish to get a good report on the medical chart leading to discharge.

The physical therapy technician worked with me to teach me the proper use of the crutches. Don’t hang by your armpits on the top of the crutch, hold yourself up with your hands. I had two sessions assigned that day, and if I didn’t pass the stair test, I would have to stay another night. That idea sent dollar signs zinging through my brain with imagery of even bigger hospital bills. Conscious of the fact that I am uninsured, I had to get out of there!

Through the haze of medication I had a thought. The meds are making me sick, change the pain med, so I can stand up and walk on the crutches, up and down the stairs, and get out of Dodge! That worked well enough and in time for my second physical therapy session. Hobbling down the hall to the therapy staircase, still feeling ill, I passed the stair exercise test and called my friend to take me home.

About ten days after surgery, feeling pretty good and crutching well, my sister and I went out for a hamburger. I started feeling a bit of pain on the left side of my ribs, under my left arm. By the time we got home I was feeling in need of a cold pack or hot pack, so tried the cold first. That didn’t relieve the pain, which was now affecting my breathing. I tried a hot pack and immediately felt an increase in the pain and difficulty in breathing. The pain that it caused was huge. I don’t think the fracture caused as much pain as this. Breathing shallow to keep from causing more pain, I hobbled off to bed to lay down and find a position that I could tolerate. I thought I had a broken rib or my lung had collapsed! I’ve never experienced those conditions, but I thought something like that must be the cause. I was relieved to know it would pass as Peggi recalled her experience with the same type of pain two years earlier for a broken leg.

“I remember getting crutches after I broke my leg. Within a week I went to get up from the couch and I couldn’t take a deep breath. I wondered if I had been injured somewhere else. The pain was barely manageable and I spent the rest of the day on the couch breathing shallowly and taking aspirin. It was an uncomfortable night and the next day I moved very carefully.” Peggi said,

“I found out a few days later that I had caused my upper left back area to spasm due to over-use of my muscles, I had also pulled the rib heads out of alignment in the chest area and felt relief when my physical therapist, who knew what had happened, adjusted my back. I still had to be careful for the next several days. It is curious that no one in the medical field mentioned that this could be a problem. Surely I am not the first!”

Trying to use my crutches properly, I had pressed the crutch into my rib cage resulting in tenderness, and strained muscles causing muscle spasm. The instructions for using crutches did not mention this side effect. I’m so glad my sister was with me and knew what the problem was. I had to breath shallow, not move around much, and wait it out. I was in bed for 18 hours before I could get up and move around. It was a week before the pain in my rib muscles subsided.

I called the doctor’s office a week or so later to inquire about another matter, and asked if they had patients with my rib pain and breathing difficulties. The nurse sounded alarmed, and said I should have come in, it could have been something serious like a heart attack. She had not heard of other patients with this problem. I thought this strange, as my sister and I had both experienced it. Later, I searched online for similar experiences, but didn’t find anything like our chest-rib pain.

Researching my injury, I learned:

· Instances of leg injuries (from ski accidents) have decreased markedly. “The overall rate of injuries over the last four decades has dropped by 50%, and broken legs have decreased by 95% since the early 1970s. 1

· The femur, or thigh bone, is the largest and strongest bone in the human body. It is surrounded by lots of tissue like the quad muscles and a large “femural” artery that carries a lot of blood. Because of this, it takes a lot of force to fracture a femur and it is also very dangerous. 2

Four weeks after surgery I am using one crutch, going up and down stairs, and driving. I feel improvement every day. There is pain with overuse and movement is restricted. I intend to be on the golf course in a few months!

Because I am unemployed I have been developing two businesses that I promote online. My work is done from home. I have not been able to think effectively during the time I was using pain medication, nor was I able to sit at my computer for long periods of time. I expect to take about six weeks to recover enough to get back into my home-based work full-time.

The hospital and doctors bills are over $33,000. The hospital has a financial assistance program, and I have applied.

I wrote this article to share my experience with others who suffer injuries requiring the use of crutches. I would like to know if others have had this chest-rib pain experience, how they handled it, and what their doctors and professionals had to say. My contact information is in the resource box below.