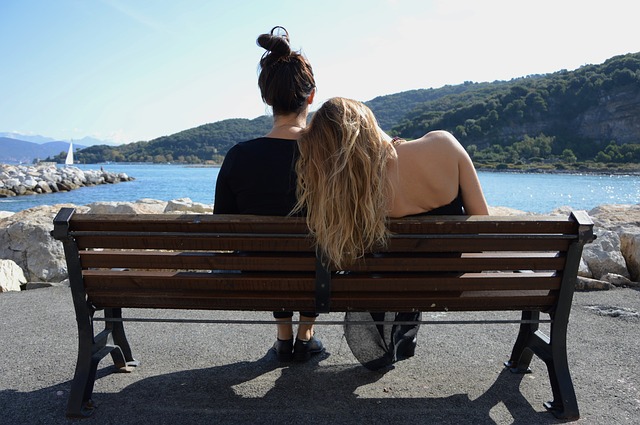 Sacroiliac (SI) joint pain has gained a lot of attention in the last ten years as an underappreciated cause of back pain with some studies indicating it is responsible for 15% to 40% of low back pain. The increased attention is due to the increasing knowledge of the SI joints intimate role in pelvic stability.  I hope more physicians consider SI joint pain in their differential after reading this article.

SI joint dysfunction due to inflammation within the joint itself is called sacroilitis. Pain from within the SI joint is common in rheumatoid patients and spondyloarthropathies.

The other cause of SI joint dysfunction stems from instability of the SI joint.  Many experts feel that SI joint pain is a component of a larger problem of pelvic instability (1). Pelvic instability has traditionally been underappreciated as a cause of low back pain, buttock pain, groin pain, and leg pain. Physical therapists and doctors of osteopathic medicine have been teaching these concepts for years but only relatively recently has this dissemination of knowledge trended towards mainstream thinking among medical doctors.

The SI joint complex (the SI joint and its associated ligaments) is the major support structure of the pelvic ring and is the strongest ligament complex in the body.  The complex consists of interosseous sacroiliac ligaments, iliolumbar ligaments, posterior sacroiliac ligaments, and the sacrotuberous and sacrospinous ligaments. The SI joints are two of the three joints involved in the stability of the pelvic ring.  The pelvic ring is the meeting place of the force vectors from the upper body and the lower extremities.  The third joint in the pelvic ring is the pubis symphysis. Pelvic instability causes pelvic rotation which can also cause twisting of the pubis symphysis.  Coupling this with its anterior location appears to provide an explanation as to why patients with SI joint instability can also experience anterior groin pain. Anecdotal evidence for this is seen when patients undergo a successful SI joint intra-articular injection relieving all of their posterior back, buttock, and leg symptoms but the patient still has groin pain. Groin pain is almost never eliminated by SI joint injections unless pelvic symmetry is corrected.

If the SI joints are unstable, it can lead to significant pain and discomfort over the SI joints as well as numerous referred areas.  If an individual affected by SI joint pain has pain only over his or her SI joint, he/she  should be considered lucky. Most often SI joint instability causes unnatural strain on the entire low back and pelvic region causing a sometimes confusing clinical picture. Pain referral patterns of SI joint pain are often confused with L5 or S1 radiculitis or radiculopathies.

4.       Pain goes all the way into the foot 13%. Younger patients are more likely to refer pain distal to the knee.

Most patients with SI joint instability also experience pain over the buttock region due to secondary muscle spasm of the gluteus muscles and piriformis complex.  Lower extremity symptoms are explained by the piriformis muscles natural tendency to spasm or tighten over the sciatic nerve whenever the SI joint is out of alignment.  This spasm of gluteus and piriformis muscles can cause a mechanical crowding or impingement of the sciatic nerve as it exits just below the SI joint (see figure 1. note the intimate association of the piriformis muscle, SI joint, and sciatic nerve).  Patients often complain of buttock pain and radiation of pain down to the knee and even down to the foot. Not all back pain and leg pains are due to a pinched a nerve from an intervertebral disk herniation.  SI joint dysfunction very closely mimics S1 or L5 radiculitis’ or radiculopathies because of the above described sciatic nerve irritation or impingement.

Groin pain and abdominal pain are not uncommon with SI joint instability.  Often times the groin pain is mistaken as a urologic problem like pudendal neuralgia, prostatitis,  genitofemoral neuralgia, or sterile epidydymitis(1). This is likely either due to unnatural tension on the nerves and ligaments around the pubis symphysis or actual impingement of the pudendal nerve which lies between the sacrospinous ligament and sacrotuberous ligament. The distance between these two ligaments abruptly narrows when the Ilium and sacrum are out of alignment i.e. SI joint instability.

The typical history of SI joint dysfunction consists of lateral or bilateral low back pain almost always below the pelvic rim. Pain can also radiate into the hip, groin, pelvis, leg, and foot.  The most common location of pain is in the buttock with pain extending down to the knee. Females are much more affected than males though the ratio is unclear.  The mechanism of injury is a continuum from completely atraumatic events to more obvious trauma like motor vehicle accidents, childbirth, or falls. A little over one third of failed back surgery patients suffer from SI joint dysfunction. In my practice, I often see patients who lose a substantial amount of weight and then develop SI joint dysfunction.  The etiology of this is unclear. Women who have had multiple births also seem to have a higher incidence of SI joint dysfunction.  The symptoms may be acute or may present as a remote or cumulative injury with chronic waxing and waning of symptoms with slow progression over time.  Patients often experience some degree of temporary relief with manipulation.  Patients must change positions frequently to avoid pain.  This is called “Theater Party Cocktail Syndrome”. Patient’s legs can also feel like they’re going to give out, but with objective testing of motor strength, no dysfunction is found. This is called a “Slipping Crutch syndrome”. Patients usually have a difficult time sleeping and getting out of bed in the morning can be excruciatingly painful. Continued movement after waking up tends to improve the pain.

There are many provocative physical exam maneuvers used to help establish the diagnosis of SI joint dysfunction. Going through each one of these provocative maneuvers is beyond the scope of this article.  It is important to note that the predictive value of provocative SI joint maneuvers in determining SI joint dysfunction is only 60%(4).  The conclusion of a recent study by Slipman et al(5), was that physical exam techniques can at best enter SI joint dysfunction into the differential diagnosis of a patient’s low back pain.  Of the alleged signs of sacroiliac joint pain, maximum pain below L5 coupled with pointing to the PSIS or local tenderness just medial to the PSIS (sacral sulcus) has the highest positive predictive value (PPD) at 60%(4).

The gold standard for making a diagnosis of SI joint dysfunction is a fluoroscopically guided SI joint injection. Fluoroscopy is needed to accurately and consistently inject the sacroiliac joint.  Only 12% of patients had intra-articular SI joint injections when fluoroscopy was not utilized (3).  Also important is to anesthetize the entire SI joint complex.  In my experience as an interventional pain physician this cannot be consistently done by palpation alone, especially in obese patients.  It is humbling to see anatomy change under fluoroscopic guidance. What you perceive with palpation is sometimes markedly different than the actual location of the structure that you palpate.  Also vitally important is that these diagnostic injections are followed up with another physical exam while the patient is in the recovery room. Sending a patient home, having them follow up in several weeks, and then determining if this “diagnostic” injection was successful has consistently been shown to be an inaccurate way of establishing a pathoanatomic diagnosis.

There is no one specific treatment for SI joint dysfunction which helps all patients.  The treatment varies if the dysfunction is intra-articular (inflammatory), or if it’s a lack of stability. Conservative treatment should first be tried including the manipulation by a qualified physical therapist or osteopathic physician to restore normal motion and balance,  home self-correction exercises,  a walking program (avoid heavy axial loading maneuvers), and core strengthening exercises (Pilates, Yoga, or guided physical therapy). Some patients also benefit from a quality SI joint support belt.  If conservative therapy is not helpful then I recommend a diagnostic SI joint complex injection.  The injection should include the SI joint ( intra-articularly) and the supporting ligaments with pain relief lasting for the duration of the local anesthetic and achieving greater than 75% pain relief. If there is any question about the positivity of this diagnostic test,  it should be repeated.

If the diagnosis has been established by an intra-articular SI joint injection and pain relief using conservative therapy affords no long-term pain relief, then consideration for other treatments can be made.  Radiofrequency denervation of an SI joint carries about a 65% success rate for patients who have failed other conservative therapies and only mild instability around the joint. The procedure involves the neurotomy of the lateral branch nerves that lay over the sacrum and innervate the posterior SI joint. The advantage of SI joint radiofrequency is that it is a very safe procedure with almost no documented morbidity.

Another treatment for SI joint pain is Prolotherapy.  Prolotherapy works by stimulating an inflammatory cascade which leads to fibroblastic activity thereby strengthening the entheses of ligaments and tendons. Prolotherapy on SI joints usually requires very strong Prolotherapy solutions.  In my experience, hypertonic Dextrose Prolotherapy only relieves 20 to 30% of most patients’ pain.  More aggressive prolotherapy usually reduces pain by 50% or greater in roughly 75% of patients. The greatest advantage of Prolotherapy is that it is provides a level of permanent relief.

If the patient fails radiofrequency and prolotherapy, the last treatment option would be consideration for an SI joint fusion.  The outcome data on SI joint fusions is not highly favorable.  However, there are new minimally invasive SI joint fusions that have recently been approved by the FDA that appear promising. Patients with very diffuse pelvic pain and leg pains are not good candidates for fusion surgery.