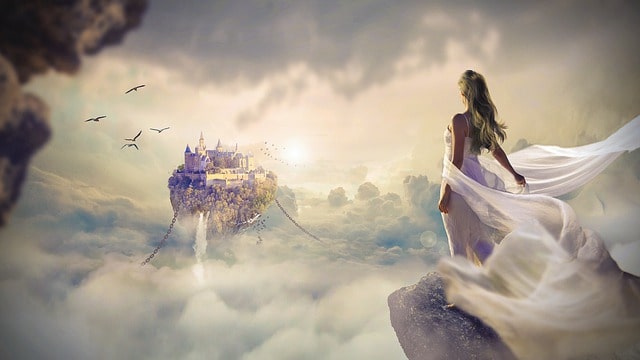 Being an ardent lover of poetry, to be more specific, romantic poetry, I have always been fascinated with the sense of oneness I feel with the poets’ world. Romantic poetry, for some of its major attributes like pictorial quality, imagery, mysticism, absorption in the beauty and life of nature, classical features and above all, celebration of beauty and aestheticism—has a huge amount of appeal to the highly refined and sophisticated readers of all times. And surprisingly, it is this pictorial quality, sensuous delight in nature, sheer artistic beauty and richness of imagery unfolded by romantic poets that continue to inspire us in some way even after so many years!

When we come to think of the Romantic poets, the name John Keats, the finest flower of the Romantic Movement-comes foremost on our minds. Deeply revered as one of the greatest word-painters in English poetry, his verses present subtle imagery and a fusion of different sensations that has time and again, produced musical effects, and in that, he was rather a conscious artist.

The age of Keats and the literary influence on Keats:

The Romantic era, as history says, was the time when almost the whole of Europe was intensely shaken by the ideas and ideologies of the French Revolution. Major poets of that period were greatly inspired by the personal and political liberty of the revolution, breaking the bonds of the artistic conventions of the 18th century. Those were the times when these ideas and ideals “awaked the youthful passion of Wordsworth, of Coleridge”, “stirred the wrath of Scott” and “worked like yeast on Byron”… However, Keats was distinguished from his contemporary poets and literary figures in the fact that the excitement and the turmoil that gathered round the revolution was not directly represented in his poetry. Thus saying, it is worth mentioning that some portions of ‘Hyperion’, ‘Fall of Hyperion’, and ‘Endymion’ do bear testimony to that fact that Keats was influenced by the political turmoil – but it’s definitely not as pronounced as the works of Wordsworth, Coleridge, or Shelley. His poetry, on the other hand, was an embodiment of his vision of beauty that he sees everywhere in nature, in art, in human deeds of chivalry and in the fascinating tales of ancient Greece. This in fact, was the profoundest and the most innermost experience of Keats’ soul, which he expresses most emphatically in his ‘Ode on a Grecian Urn’:

“Beauty is Truth, Truth Beauty’, that is all/ Ye know on earth, and all ye need to know.”

Tracing his poetic growth, researchers have found out that he was educated almost exclusively by the English poets. While in the early part of his career, the influence of Edmund Spenser, specially his ‘Faerie Queene’, was instrumental in awakening his imaginative genius; the brooding love of sensuous beauty, the luxuriance of fancy and the response to the charm of nature characteristic of Spenser’s poems were to be re-echoed in Keats’ poems. In the later years, critics have cited the influence of Shakespeare, Milton, and even Wordsworth in his poems. While the influx of Shakespearean words, allusions find expression in the 1817 volume of his ‘Endymion’, he was also greatly influenced by the distinctive spirit and vocabulary of the old English poets, especially those of the Renaissance. Thus saying, it is worth mentioning that the influence of Milton’s ‘Paradise Lost’ is highly visible in his ‘Hyperion’. At the same breath, the classical influence on his poetry has also been a subject of intense research by scholars.

Critics today say that what makes the poetry of Keats the most distinguished among all romantic poets is the fact that his poetic genius blossomed under the romantic breeze, and matured under the sunshine of classicism. The genuine classicism of ancient Greece, which shows the characteristic classical restraint, is very much present in his poems. What more, it is harmoniously blended with the romantic ardor of his poetry, which results in a wonderful fusion of romantic impulse and classical severity. This statement holds much truth when we take into account his more mature Odes, where we notice Keats’ sense of form, purity and orderliness. His Odes have all the spontaneity and freedom of imagination that characterize the poetry of the Romantic era. For example, when in his ‘Ode to a Nightingale’, the poet describes the bird’s song as the voice of eternity and expresses intense longing to die in the hope of merging with eternity, there is this romantic suggestiveness of sensual delight of the poet in these lines:

However, at once, the poet restrains himself with the lines:

“Forlorn! The very word is like a bell/To toll me back from thee to my sole self”…which is a perfect example of romantic passion fused with classical restraint. In all his mature Odes, including ‘Ode to a Nightingale’, Ode on a Grecian Urn’, ‘Ode to Melancholy’ and ‘Ode to Psyche’, he is said to have cast aside his over-loaded diction of his earlier poems and come out with a romantic richness that is replete with the Hellenic clarity characterizing Greek literature.

The poetic alienation and the theme of melancholy:

While beauty and mutability are said to be the recurrent themes in Keats’ mature Odes, critics have pointed out that he was somewhat “obsessed by the close juxtaposition of joy and grief, delight and pain”. Some point out, that in his pursuit of beauty, he became an escapist, ignoring the realities of life. In his earlier poems, ‘Isabella’, ‘Lamia’, The Eve of St. Agnes’ and others, his imagination certainly plays with the romance of love, with medieval elements, cruel, mysterious ladies, ‘a faery’s child’, the spell and enchantment of the magical world. However, all this is characterized by his sense of alienation as a creative thinker, which, assume a deeper tone and meaning in his later works, i.e., his Odes. Throughout his journey as a poet, he strived to harmonize what scholars today say ‘the life of sensation with life of thought’. His earlier hankering for unreflecting enjoyment of sensuous delights, as seen in his ‘Sleep and Poetry’, is later replaced by a strong yearning to subject himself persistently and unflinchingly, to the joy and beauty of life, that is accompanied by the inevitable pain, hopelessness and despair of life. Hence, the lines:

“Joy whose hand is ever at his lips/Bidding adieu”. Keats knew that joy and beauty on this earth is transient, and from this transience, the melancholy so very typical of his poems originate. Melancholy, he says, “dwells with beauty/Beauty that must die”.

It is this triumph of the stoic acceptance of life over despair which he attains through a deep spiritual experience, as he expresses in his ‘Ode on a Grecian Urn’, “When old age shall this generation waste/Thou shall remain in midst of other woe than ours’…

These lines can never come from the pen of an escapist. For me, he was purely a thinker profoundly concerned with the mystery of life which he deals as a poet, not as a political rebel or as a philosopher. Scholastic researches strive to bring out new perspectives of his poetry even today. As a reader, I would be content exploring the romantic fervor and richness of imagery of his poems for years to come!

Some useful resources that helped me write this article: