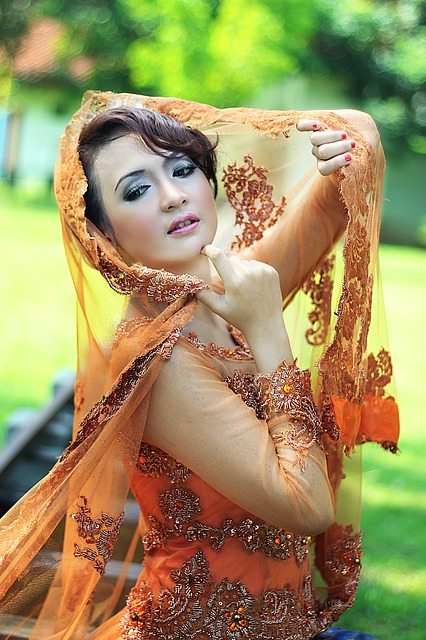 How far would you go to stay beautiful? The answer depends on where you live and society’s definition of beauty. Before women “tortured” themselves with plastic surgery, Botox, and other painful cosmetic procedures, they had to endure more barbaric beauty rituals to look good.

“Adhering to the modern American standard of beauty is no small task. It demands time, money, and effort. We, as a culture, subject ourselves to invasive surgical procedures and food deprivation in the name of aesthetics. But bizarre beauty rituals are certainly not new phenomena. Since the beginning of civilization, people have altered their bodies in strange and uncomfortable ways to fit cultural perceptions of beauty. These standards are constantly evolving and regressing based on the culture that sets them,” said Cecilia Estriech in VersusMag.Org.

Cosmetics were first used by the Egyptians in 4,000 B.C. although history shows that the ancient Greeks and Romans were also concerned about their appearance. A pale appearance was prized in those days and mercury, lead, and chalk were worn to achieve this effect.

This trend continued until the Middle Ages among European women where paleness was associated with wealth. Having a tan in those days meant you were a laborer who worked in the fields so the rich used make-up to emphasize their paleness and affluence. Sixth-century women achieved this effect by bleeding themselves using leeches or by cupping (drawing blood by heating air in a glass cup). However, those who used cosmetics were no better since this caused deformities, blindness, and even death.

“From the 1400s onwards whitening the face was one of the most common cosmetic practices. This was still popular in the 1800s. A mixture composed of carbonate, hydroxide, and lead oxide was commonly used. This could lead to muscle paralysis or death when used repeatedly,” according to the Royal Pharmaceutical Society of Great Britain.

“During the Italian Renaissance, women wore lead paint on their faces. The damage inflicted by the lead was unintentional – but arsenic face powder wasn’t. Aqua Toffana, named for creator Signora Toffana, was a face powder designed for women from rich families. The container directed women to visit the signora for proper usage instructions. During the visit, women would be instructed never to ingest the makeup, but to apply it to their cheeks when their husbands were around. Six hundred dead husbands (and many wealthy widows) later, Toffana was executed,” added Autumn Madrano in “A Colorful History.”

In New Zealand, men of the Maori tribe would make themselves handsome by decorating their faces, thighs, and buttocks with intricate tribal patterns. The tattoos were carved into the skin with a chisel and the wounds were filled with ink. This painful procedure caused extreme swelling.

Today, women continue to pursue unrealistic beauty standards, sometimes mangling and maiming themselves in the name of vanity. They continue to equate perfect looks with a perfect life. But this is an illusion at best that only leads to unhappiness, confusion, and insecurity.

Being beautiful inside and out need not be expensive nor do you have to torture yourself in the process. All it takes is to believe in yourself, accept your limitations, and live life to the fullest. And if you need help with wrinkles, try the Rejuvinol AM/PM Botox Alternative Age-Defying System. It’s the only system that combines the nourishing effects of the Rejuvinol morning moisturizer and the muscle-relaxing Rejuvox night cream. Check out http://www.rejuvinol.com for details.