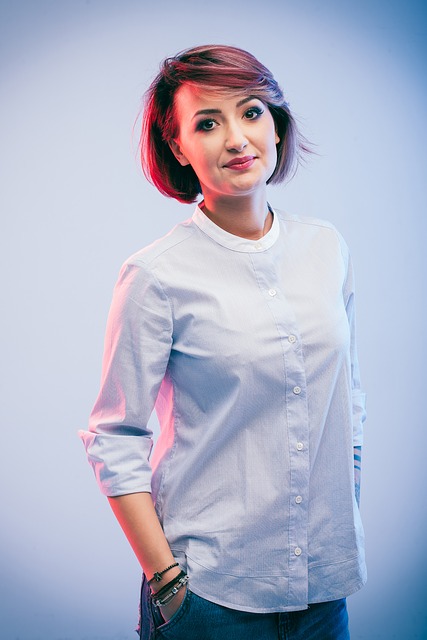 Unlike American employee-based corporate wellness, some spa wellness programs are beginning to address quality of life topics beyond the physical. Corporate wellness in America has been a mild success as medical information, prevention-based efforts. Unfortunately, most such programs have not been of a positive nature focused largely on an exuberant, joyful life.

Wellness education at certain spas represents an advance from historic roles. Most associate spas with beauty treatments, baths, pampering and self-indulgent foo foo. Spas offer healing and rehabilitation, programs for diet and weight loss, fitness testing and holistic treatments and prescriptions. These functions will not be abandoned, given their popularity and profitability, but they won’t be the focus if spa wellness trends come into full play. Instead, a wellness era will feature lifestyle education for a quality of life-enhancement philosophy, value system and mindset. Real wellness, after all, is a dramatic alternative to doctors, drugs and disease.

The new spa developments are highlighted by a New York-based international organization called Global Spa Summit, or GSS. This group has sponsored and promoted major trend reports for the past three years. GSS-sponsored studies provide resource material for industry leaders and for all others seeking insights on the spa movement worldwide. GSS has demonstrated that wellness beyond risk reduction represents a new market for the spa industry. Such a transformation would promote the general welfare by advancing citizen health status and effectiveness. Thus, while the well-off are advantaged, we might expect some trickle down benefits for the rest of us.

Each year, GSS hosts a grand forum for spa leaders. This annual conference is called the Spa Summit. Last year’s event in Istanbul focused on wellness. The 2011 Summit begins this Sunday in Bali, Indonesia with a theme “Engage the Change: The Customer. The Money. The Future.”

Spa Wellness Around the Globe

* From Sweden – Anna Bjurstam, Managing Director of Raison d’Etre, perceives today’s consumers as more results oriented, interested in advanced lifestyle coaching, nutrition and chemical-free products. Customers recognize that beauty also comes from within. Wellness is the future; the general mindset of the consumer is learning to live a healthier lifestyle. Ms. Bjurstam emphasizes the importance of accurate information, preferably science-based.

* From Brazil – Gustavo Albanesi, President of the Brazilian Spa Association, reported impressive growth attributed to “a new wellness culture searching for increased life quality, especially in big cities.” This culture has changed the way people look at spas, which are becoming part of day-by-day life. The growth of the spa industry in Brazil is also fueled by major upcoming events, particularly the Olympics and World Cup.

* From Europe/Austria – Sha, a spa owner, reports an interest in “Alpine style wellness,” adding, “The spa community in Austria must confront and address the essential needs of our high-performance society.” This latter addresses mental balance and an array of holistic approaches for stress management (particularly burnout-prevention) and the “real life” of a high-speed society. In Austria and around the world, there is a greater recognition of new social responsibilities for the spa community, The key is incorporating mental enhancement via philosophy, science and the art.”

* From Dr. Tamás Várhelyi, a professor in Hungary, came news that Hungarian spas are focused on medical and wellness tourism. He distinguishes between a traditional spa hotel and a wellness hotel-something very few countries do. This is likely a result of Hungary’s long history of thermal bathing. The medical spa concept predominates in this region. Last year was the first year the number of wellness guests was higher than traditional spa hotel guests.

* From Filip Boyen, COO of Orient Express. Updates provided concerning hotel spa operators in Spain, Mexico and South Africa. Plenty of hotels were built in Spain during the recent construction boom, mostly accompanied by wellness areas of attraction. The latter are more favored by tourists than locals, who still seek traditional spas. In Mexico, an abundance of new wellness spas are offered focused on yoga and retreats. In South Africa, medical spas address environmental awareness and other aspects of “going green.” The keys to success will be offering the highest service standards, a clear concept and wellness education of spa staff.

* From Greece – Vivian Patkos, President & Owner of Le Convivial Luxury Suites & Spas, described innovations in that country emphasizing philosophy and imagination. The Greeks, of course, are known for this emphasis, perhaps due to the work of many early Greek real wellness pioneers, such as Epictetus, Aristotle, Plato, Socrates, Protagorus, Heraclitus, Xenophanes and Thales of Miletus. While none of these legendary thinkers had occasion to keynote a summer gathering of wellness acolytes at the National Wellness Conference, all made their mark on Greek spas and the rest of us everywhere. Asked if it’s true, as the world’s press seemed to suggest, that Greece is “the one and only country responsible for the corruption and collapse of the universe, Ms. Patkos expressed surprise. She expressed surprise at the fact that Greece was so strong, noting that we had not realized they had such influence and power. Greece, she noted, has an “upscale lifestyle but suffers from interior defamation.” For whatever reasons, and many were suggested, “the European Union, democracy and strong labor benefits all seem unable to protect the existing social structure.”

The spa business in Greece consists of “big expensive spas with a minimum of personnel and no clients – this is the reality.” Ms. Patkos wrote:

Spa business suffers from reduced funding, lack of psychological interest, lack of cheap labor, lack of worst case or survival scenario planning, lack of vision. Nobody understands what is going on. Nobody has the solutions. It is long lasting? It is interesting torture. Greeks were always great in dealing with chaos. And this situation makes them feel like home. But finally, how do we survive this crisis? Here are options:

1. Extremely low prices. This is a simple reaction. The most important thing, though, is to make the client plead not guilty when using luxury spa facilities. Prices need to be much lower than those for bed and breakfasts, offered as an absolute gift: a gift to remind them, silently, but explicitly at the same time, of their real status.

3. Minimize expensive consumption. It should be available but not advertised and not encouraged. Under these circumstances, consumption of expensive items and products seems kitsch-like and provocative.

4. Alternative pleasure with minimal cost. Idealism, philosophy, culture and art come back. There are many things we can enjoy for free. It is time to include them in our expensive spa products.

5. Effective management. For Americans this is the best, if not the only, way to survive. Greeks were never good in management. They were, however, good in philosophy and imagination. They trained and educated abroad, faced scientific management and now they use it in combination with philosophy and imagination. We need low-cost, unique, non-comparable offerings with maximum impact, alternative products and services not available elsewhere, along with new tactics to stay side by side with precious clients in this transitional period.

Now, during the economic crisis, investing in Greece seems more promising than ever.

* From Germany – When Dietmar Muller-Elmau rebuilt his family’s castle hotel, he created a spa in Germany along lines he would want to visit. Thus, he centered a destination spa on classical and popular music, fine food and wine, wellness and the education of children in science and applied reason. His innovative spa is called “Schloss Elmau Luxury Spa & Cultural Hideaway.” Asked about changes in the past year, Mr. Muller-Elmau mentioned “less interest in beauty, more in body & mind.” In Germany, investment capital these days in the wellness arena seems to be in “the creation of separate spas to ensure perfect tranquility for adults as well as unrestricted quality time for families with their children.”

* From Japan – Tomonori Maruyama, chief researcher for Mitsui Knowledge Industry, acknowledged the obvious-that the spa industry, like all other sectors in Japan, was rocked by the March 11 earthquake, tsunami and subsequent nuclear crisis. At least 560,000 people cancelled their hotel bookings; the total number of reservations for April-May’s domestic tour packages dropped by as much as half of last year’s bookings. However, an anticipated huge recovery construction program is planned for northeastern Japan. Thus, this is a favorable time for investors in new spa wellness facilities. In a personal message received yesterday, Mr. Maruyama noted that he and the people of Japan “can feel and realize again that they are supported by plenty of love all around the world.”

* From the U.S. – A summary of American spa developments was not part of the global briefings in advance of the Summit, but Jeremy McCarthy, Director, Global Spa Development and Operations for Starwood Hotels and Resorts, submitted “a bird’s eye view of spas around the world” distilled from trends he noticed. “Sleep, food, mood, exercise and other wellness emphases have evolved from being only a physical dimension of health. While the past several decades have focused on food and exercise as the two primary keys to wellness… today’s wellness programs incorporate aspects of psychological well-being, such as emotions and mindsets.”

* From the host country for the Summit, Martha Tilaar summarized wellness spa developments in Indonesia. Concerning changes in the past year, Ms. Tilaar said the people, especially women, are influenced by Western fashions and trends. Wellness seems to fit with a need everyone feels for balance in daily life. Indonesians seem more conscious now about wellness in this modern, fast world. However the industry lacks standardization and competencies.

In addition to the above notes from countries around the world from GSS reports, I also discovered, thanks to Lutz Hertel of the German Wellness Association (Deutschen Wellness Verbands) of developments in the Caribbean. Dr. Abhishek Jain, senior leader at “The BodyHoliday, LeSPORT” in St. Lucia and a board member of the Caribbean Spa and Wellness Association, noted that there is “a paradigm shift from good old ‘pampering’ to finding ‘purpose’, aiming for health ‘prevention’ and ‘promotion’ of a healthier lifestyle.” Dr. Jain believes “customers seek substantive information on well-being, self-development and added meaning and principles that support increased stimulus thresholds via self-efficacy are in demand.”

Well, that’s about it – as much up-to-date highlights as you are likely to obtain about wellness advances by spas shy of being in Bali this weekend at the gala Global Spa Summit of spa leaders and innovators.